What can I say about our youngest Grand son? Well to start with he is great company, and, like his brother is a pleasure to be with. Again, like his brother he is clever, he knocks spots off his grand dad for computer knowledge and skills. He is getting to be very good with a camera, having the eye for composition, despite having no training or tution, other than from me, which wouldn't have helped him much. He loves making miniature movies, sometimes utilising his vast collection of Lego pieces and people, but more recently has ventured into incorporating himself into the movies, with dramatic explosive effects and shoot outs, with incredible results. 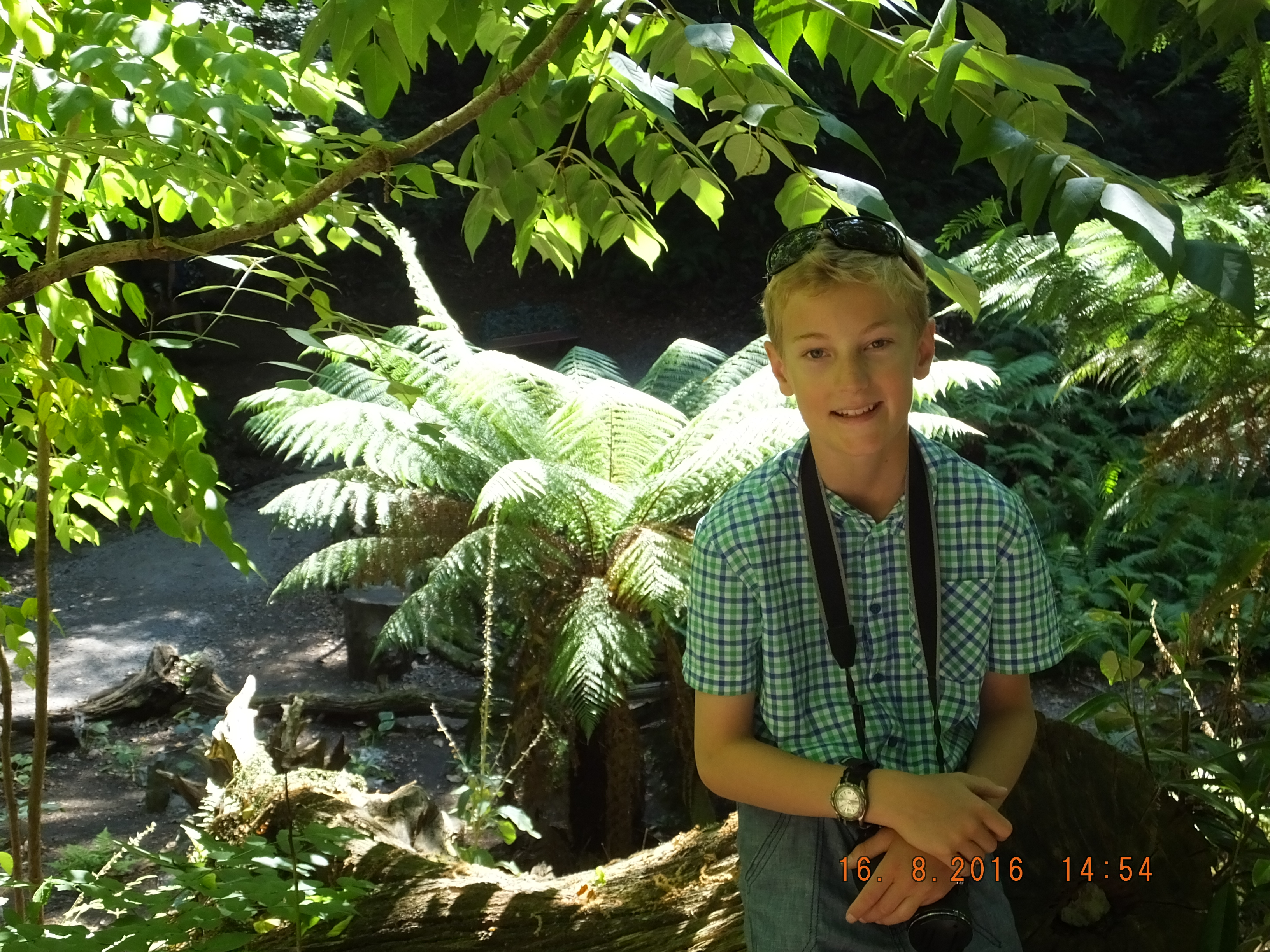 Above: One of my best shots for colour and composition a picture that Ben tried to emulate (shown on the Homepage). This is probaly one of the best pictures I have taken, of our youngest grandson, as it shows Ben with a genuine smile.

It's a while since I updated the section on my mate Ben and long overdue. Here we are in 2019 with our youngest towering in height over his nana and closing on overtaking me also. He is doing extremely well at school which, long may it continue. He is keen to succeed in life, despite still not knowing what is future career may be. Neither Pam or I are concerned as I don't think either of us knew what we wanted to do workwise at his age and we faced having to make that decision soon, as at Bens age now, we were about to leave school and start work.

Like most of his age he is a whizz with the computer, as this web site shows as it is all down to him that this exists. With only slight training at school, much of what he has created for me as been self taught. He is also very adept at coming up wth computer based games for the Waggoners. Sadly a number of which have been either difficult to put on, given the circumstances of rallying in a field, sat in a tent, with minimal computer equipment available. Secondly some of the games created are perhaps a little to intense and complicated. Nevertheless he keeps trying. Ben had a short venture into an evenings attendance at Army Cadets which only lasted a few weeks, despite going along with one his best friends. He loves his Xbox computer games and saves hard, from car washing payments: more easilly acquired monies now that the family have three to keep clean, to be able to buy them himself. His current favourite is a game called Forza, which is a driving game based on areas around parts of Britain utilising a wide variety of vehicles made ever more interesting as the base of the game goes through the ever changing seasons, changing weekly from Winter to spring, through to autumn before starting all over again. All the weather changes in one month.

Like his brother Ben is great company and it's a pleasure to have him join us on holidays away in the caravan. Between them we have been to some interesting locations and with them acheived a number of firsts. In 2017 as part of our 50th wedding anniversary celebrations we took the boys to Florida, where we had a wnderful two weeks enjoying all that Orlando and the surrounding area had to offer. Later that year with Ben we achieved firsts in our ascent of the Spinnaker at Portsmouth and the British Airways i360 tower at Brighton, two memorable visits. This last year, 2018, we scaled Mount Snowdon, admittedly on the train, but still a first. We have also visited a number of areas and locations, not previously visited, within Anglesey and North Wales and in August did the same in North Yorkshire & Durham. 2019 will present similar opportunities as, god willing, we intend to visit parts of the Lake District, doing some walking, again not previously encountered. 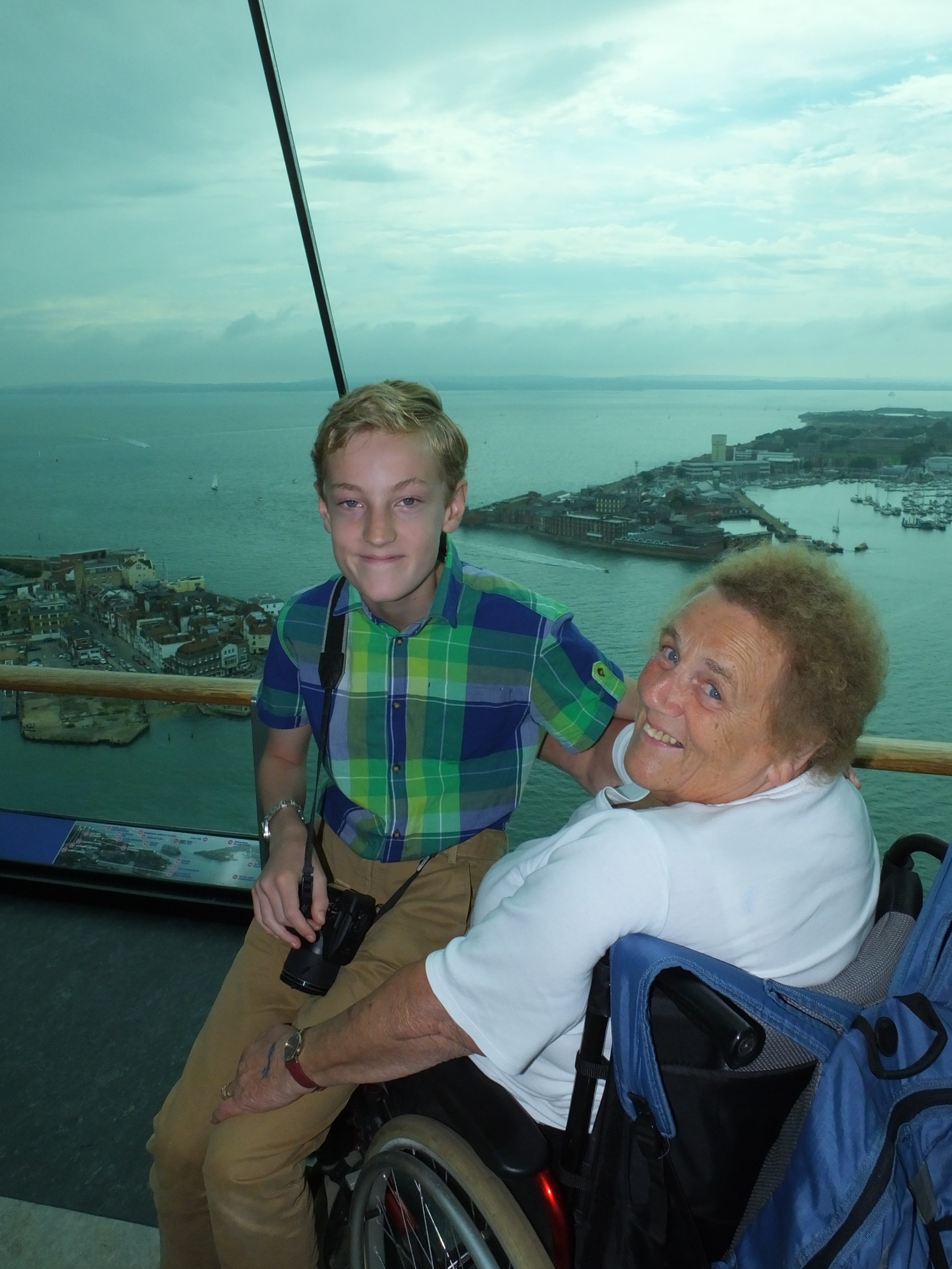 Ben with a temporary wheelchair bound Nana after her foot operation at the top of the Spinnaker enjoying views over Portsmouth, the harbour and neighbouring Gosport. 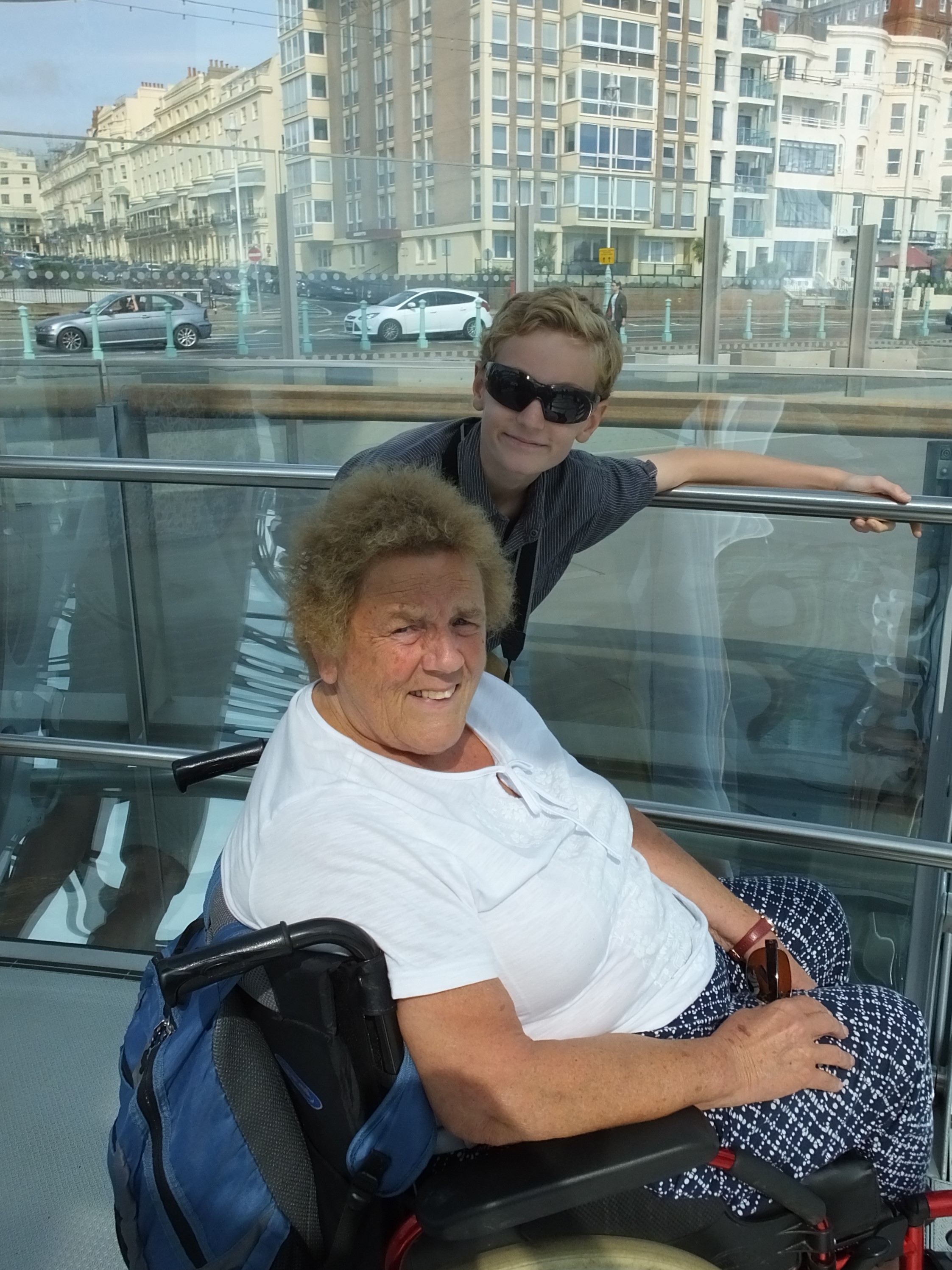 Same holiday, this time awaiting to ascend on the British Airways i360 tower to experience amazing birds eye views over Brighton and the surrounding area. 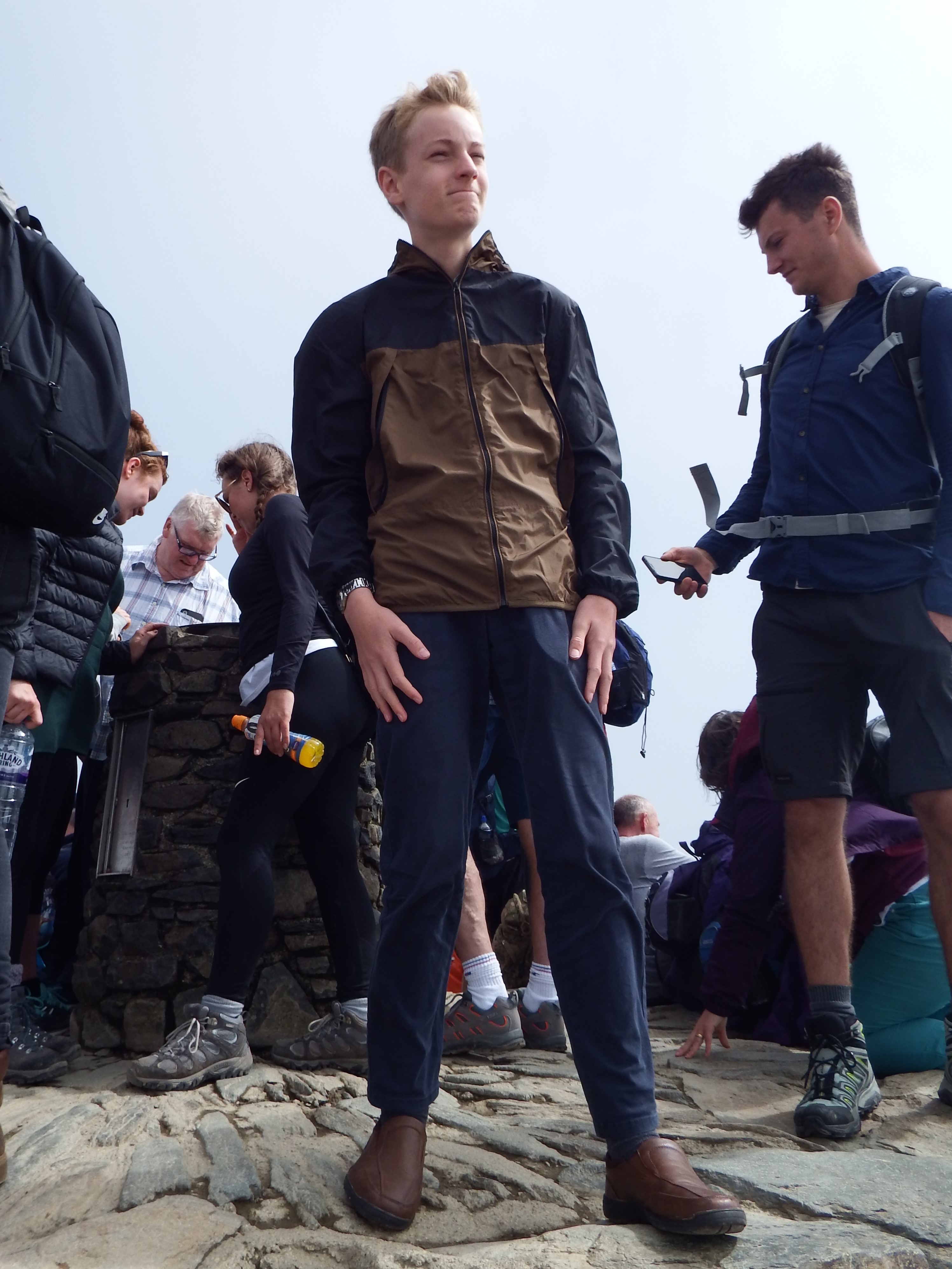 One proud and happy grandson having reached the very top of Snowdon, alas by train. He would have so dearly loved to have walked there and back, and been capable of doing so. 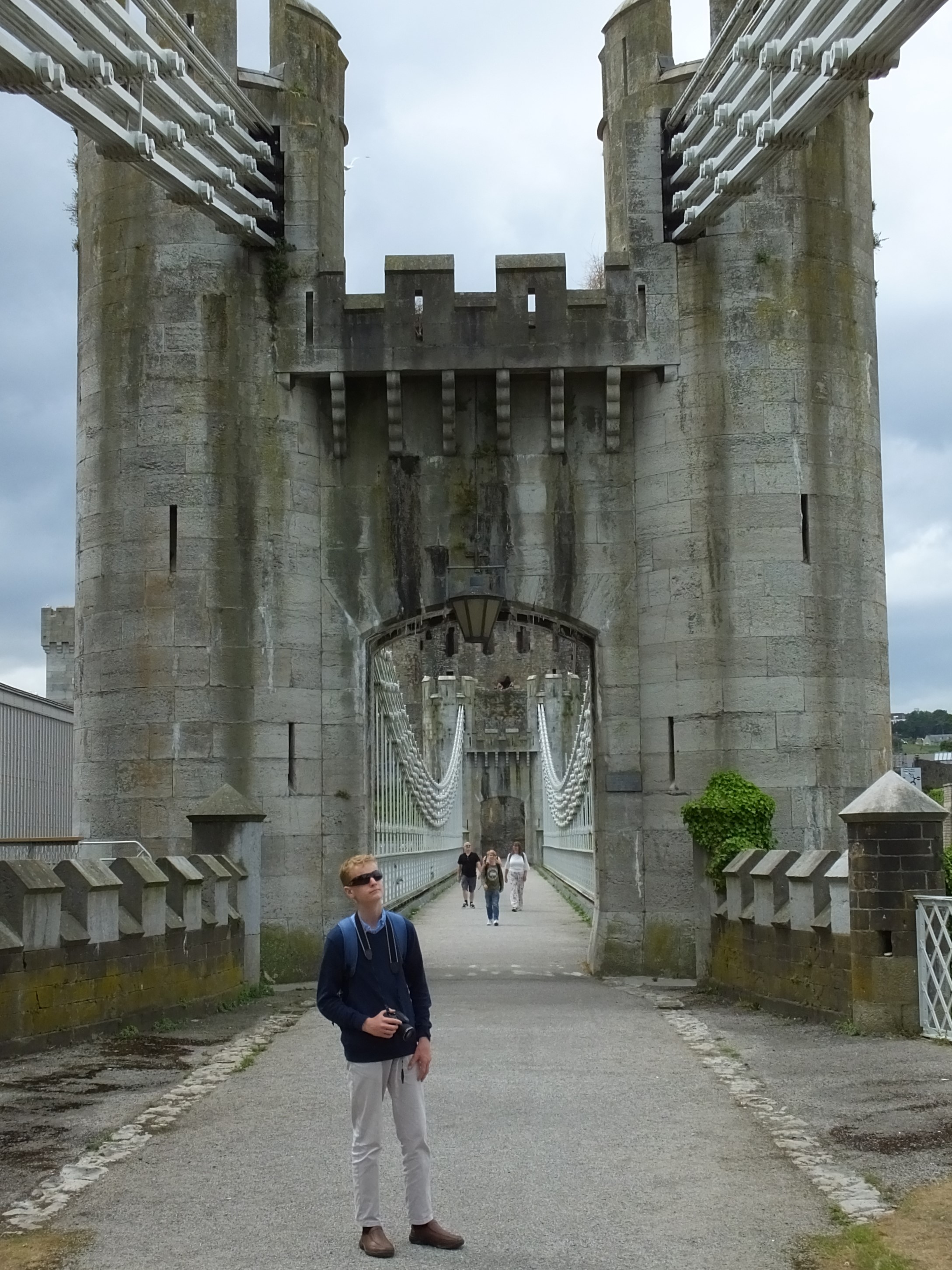 At Conway on the old suspension bridge, having earlier walked the length of the walls of the City. 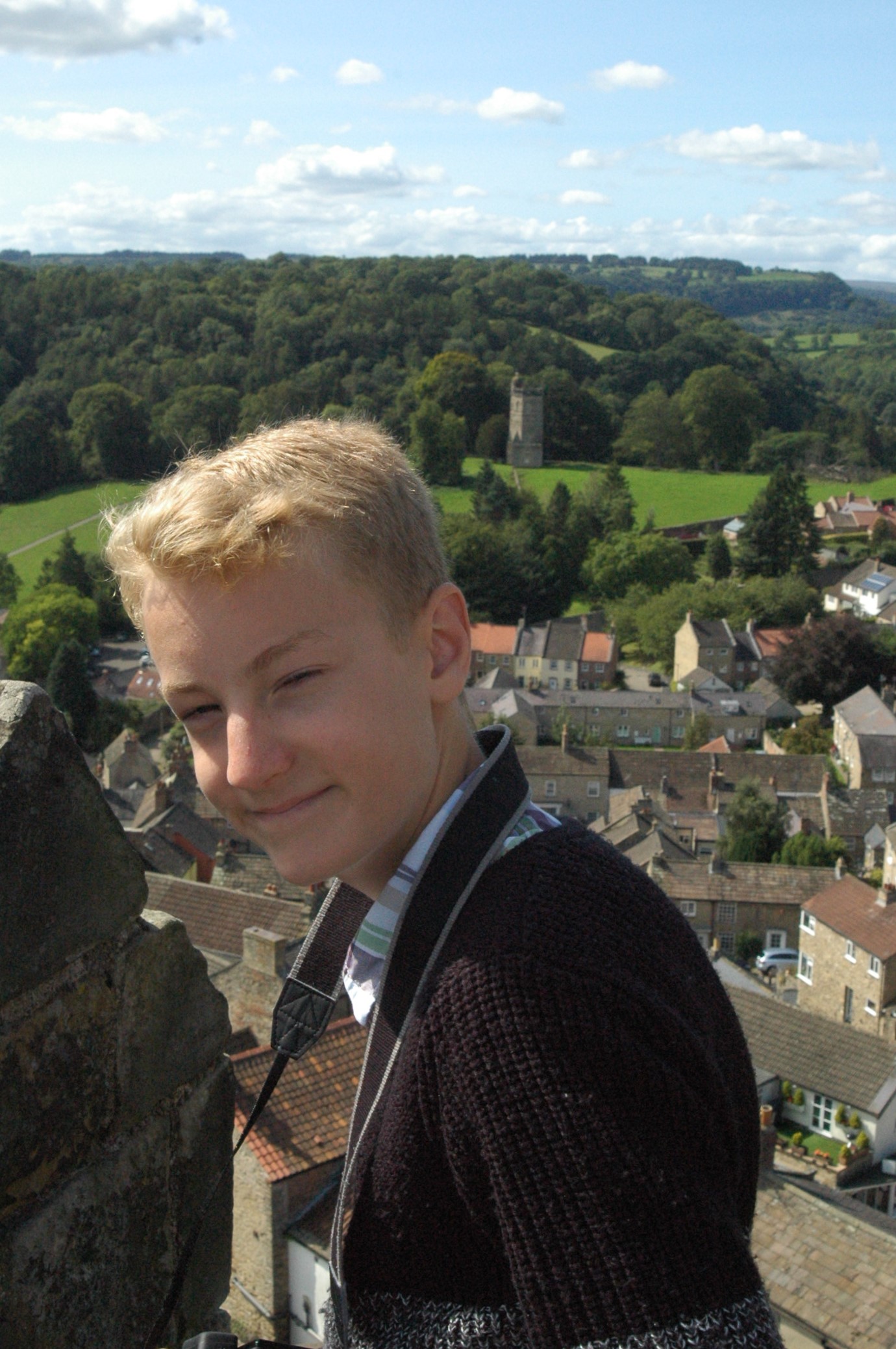 Our cheeky chappy on the top of Richmond Castle during our visit to the town whilst we were away with the Waggoners, the rally sited mid way between Richmond and Barnard Castle. 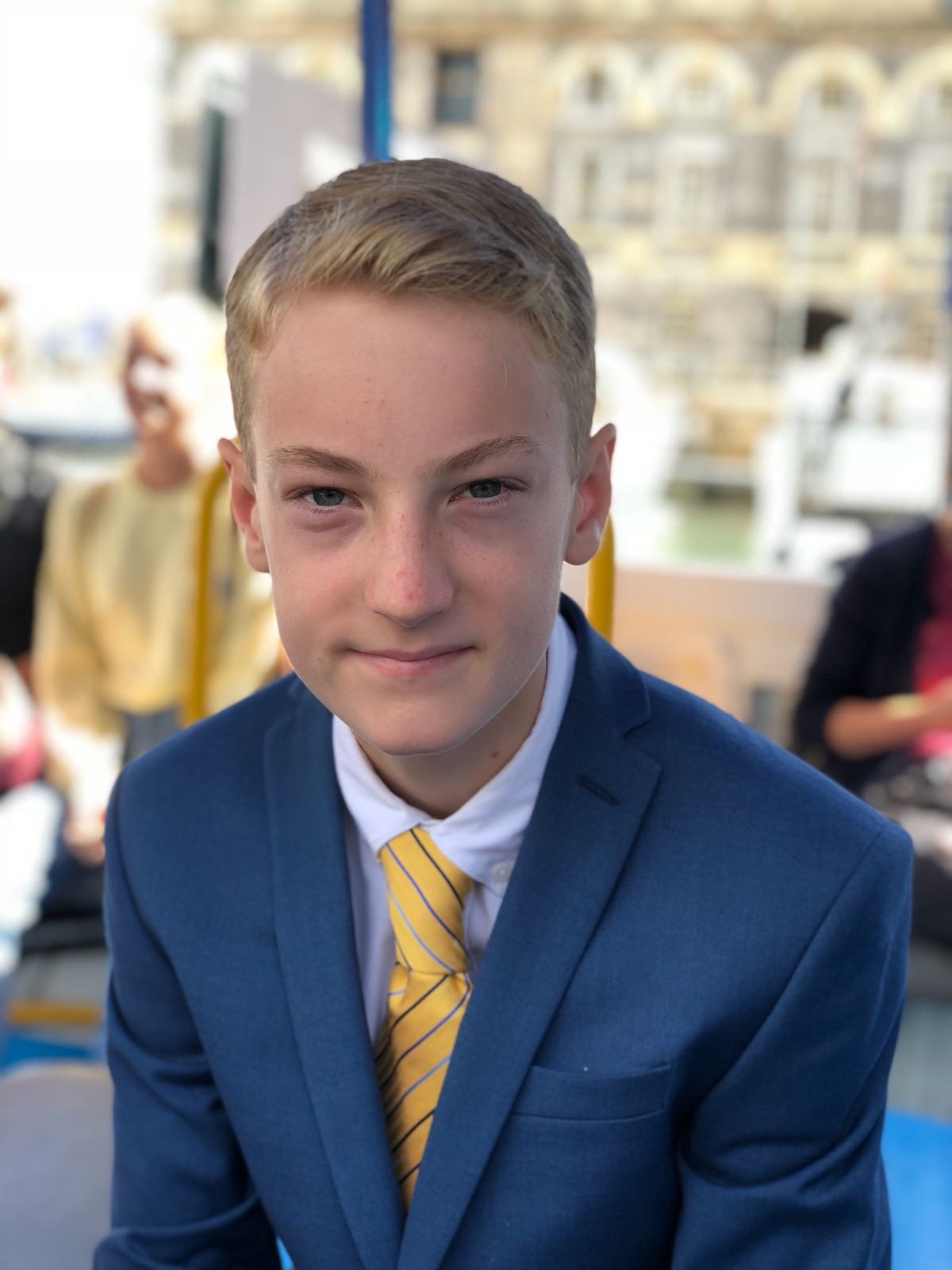 Finally, looking immaculate in the City of Plymouth, for the wedding of our, sadly departed, friend Joanne Richardsons, eldest daughter.