Thanks to comments made by Irene Gardiner, one evening, at Dixie Derby square dance club, we are experiencing the delights of short mat bowls, and the friends that we have made since becoming members. We play, not full blown competitions, but Blacks against Reds to see who can win. We manage over the two hours that we are there to get through three games, two lasting half an hour each the third longer depending on how quick people stir themselves after the tea break. The last session can be any duration from 35 to 45 minutes, finishing just before twelve when the members,help put away all the equipment. Members also put the equipment out on arrival. Great games, great atmosphere - all games played in a fun and enjoyable way. Having said that you still want to win. The club has been in existence for a number of years and has even appeared on Notts TV, with speaking parts for some members. 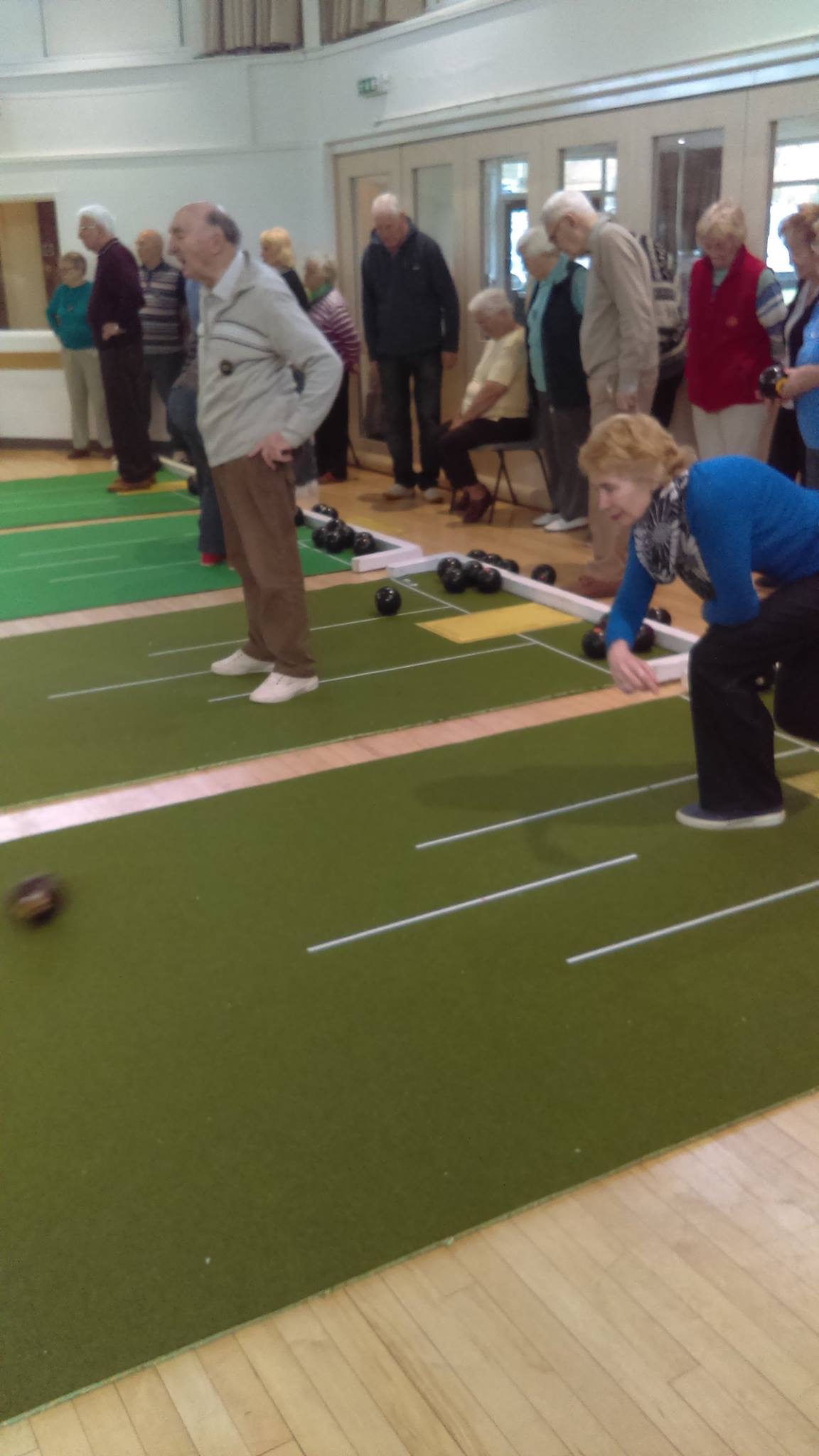 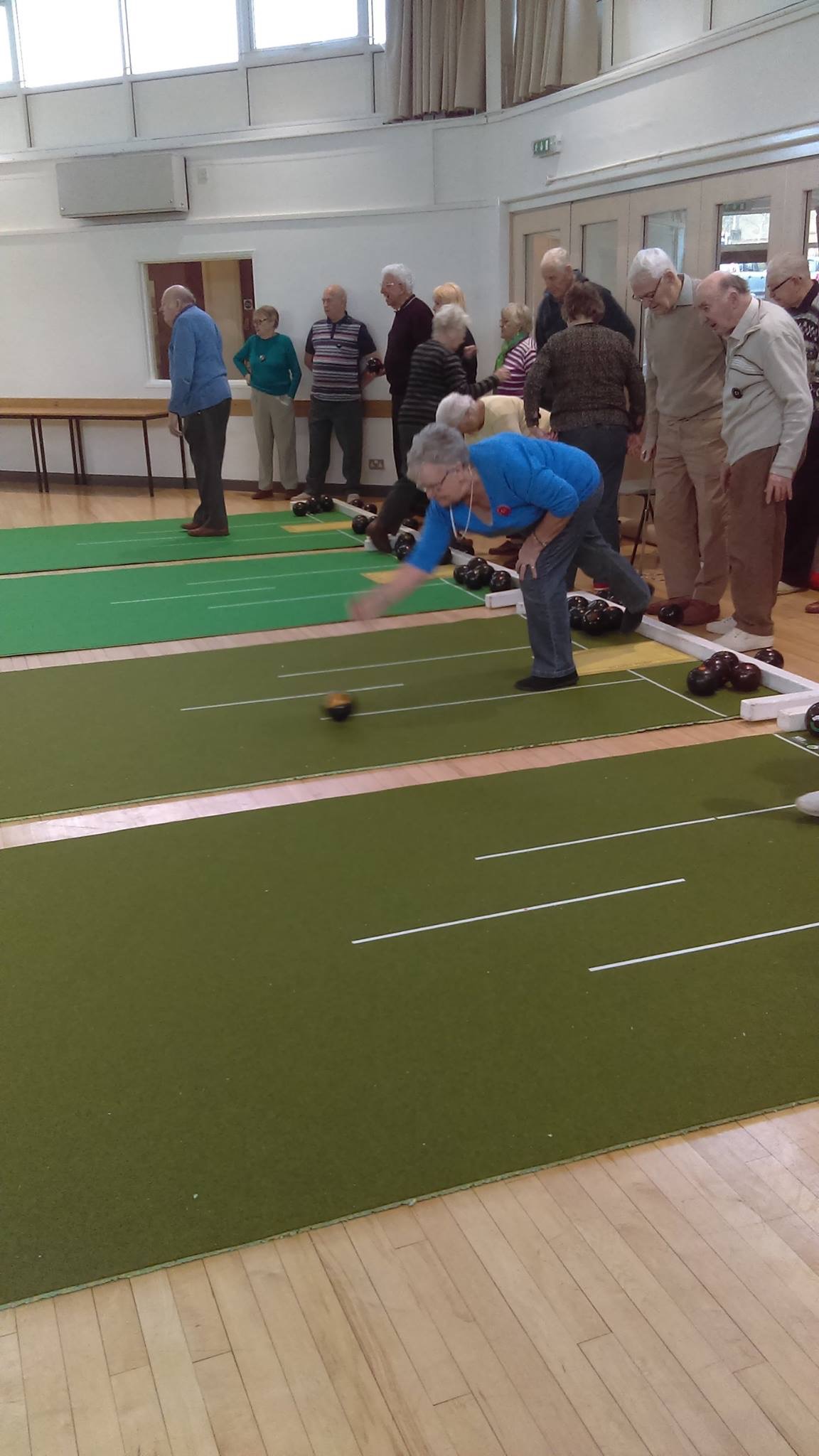 Above: Pictures taken, February 2017, by a staff member at the Community centre,where we bowl, showing all four mats in action.

I have been co-opted onto the committee and act as volunteer auditor of the accounts, prior to the clubs AGM in March. An easy task considering the diligence of the clubs treasurer. An update sees me standing down as auditor and being elected as President, with Barry Gardiner the current incumbent standing down for personal reasons. A position in which I hope that I can serve the club members well.

Pictures below taken at the clubs 2018 Christmas party, held at Chilwell Manor Golf Club. An excellent venue with good wholesome quality food, with the added touch of friendly company. Wel attended a the pictures show by the majority of members. As with all of the Christmas meals that Pam & I have attended this was equally well organised by Doreen, the clubs treasurer and, Brenda, the clubs secretary.The club contributed all of the cost of the meal for members as it did for the previous years event. 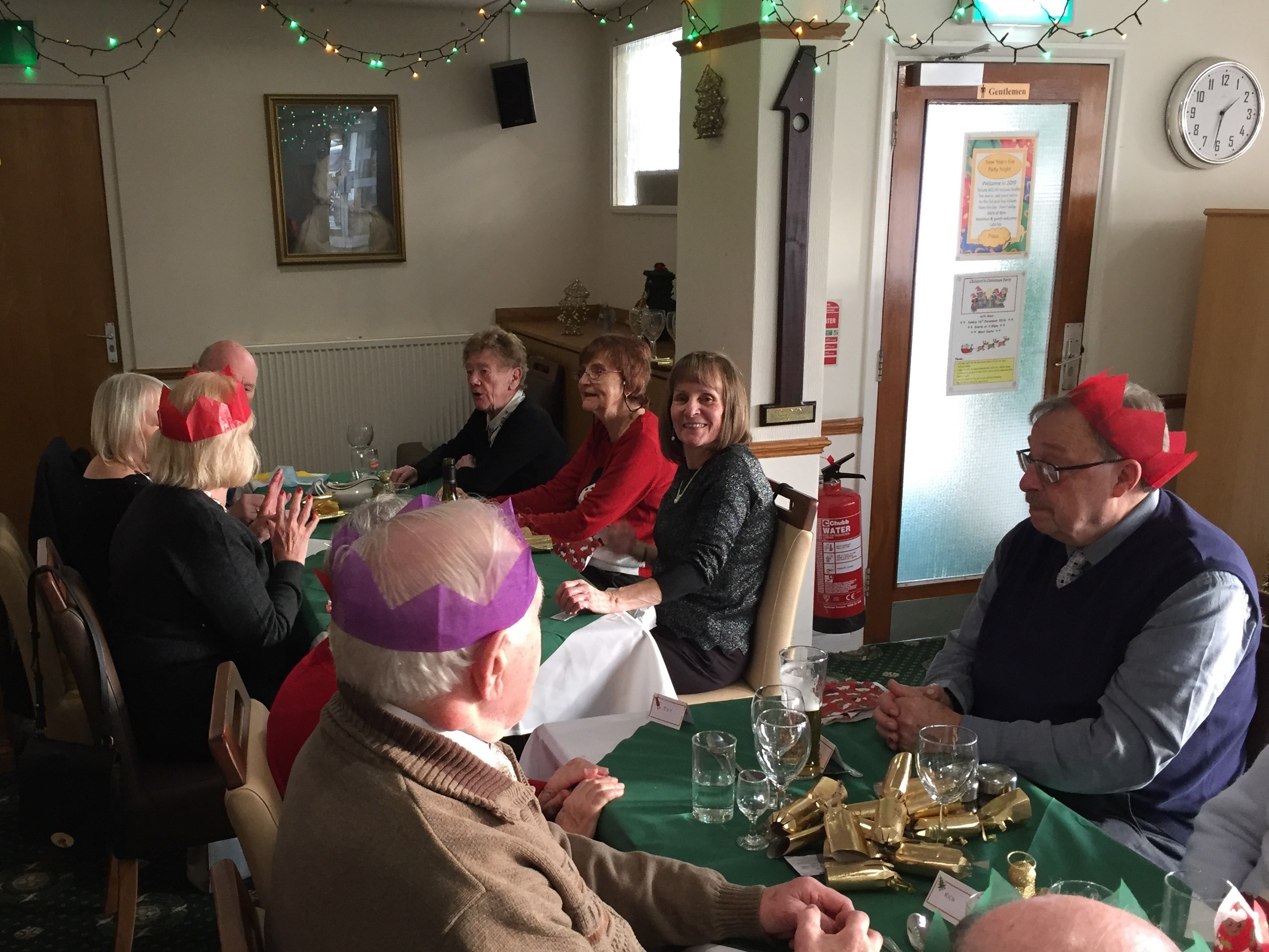 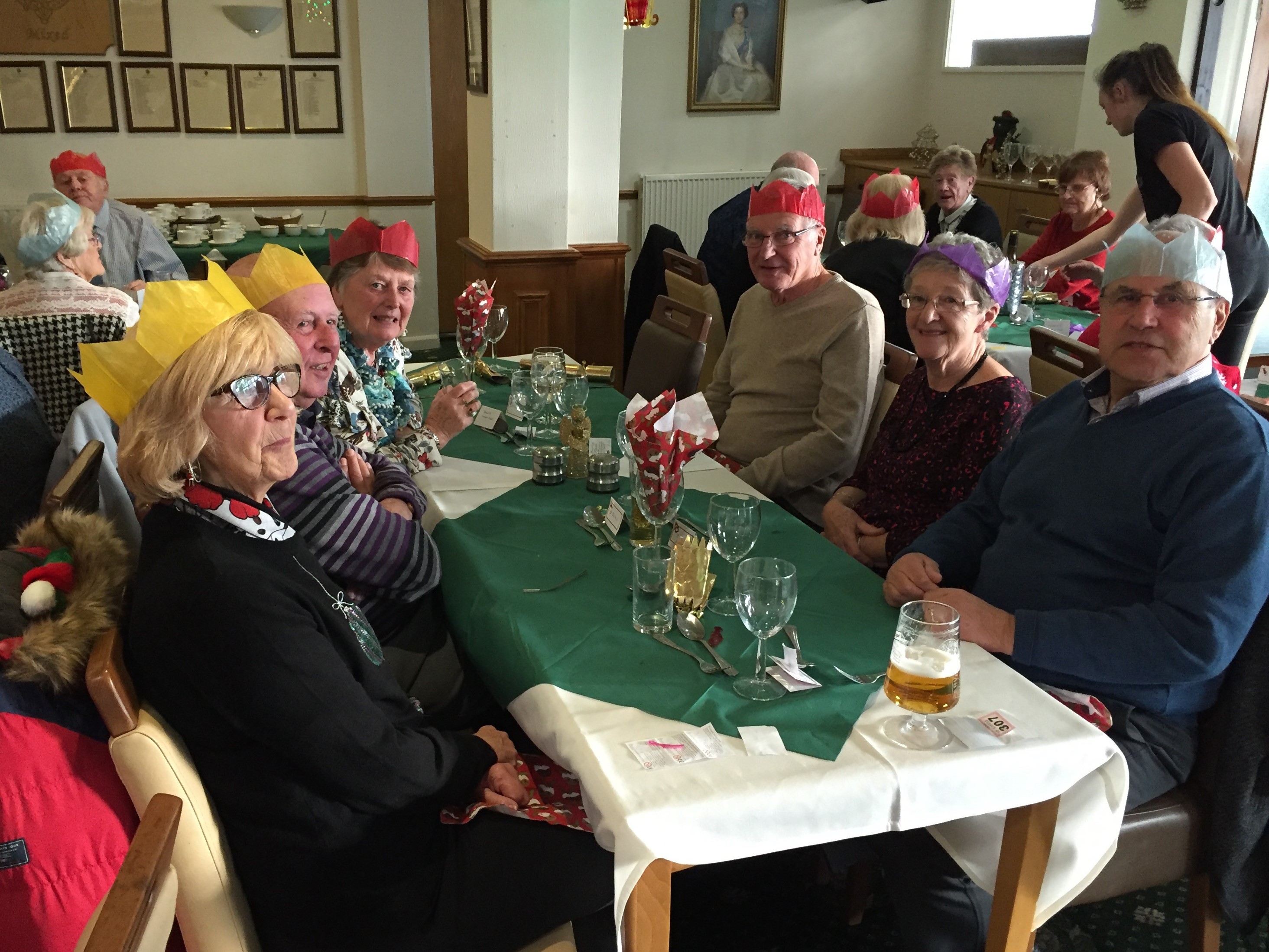 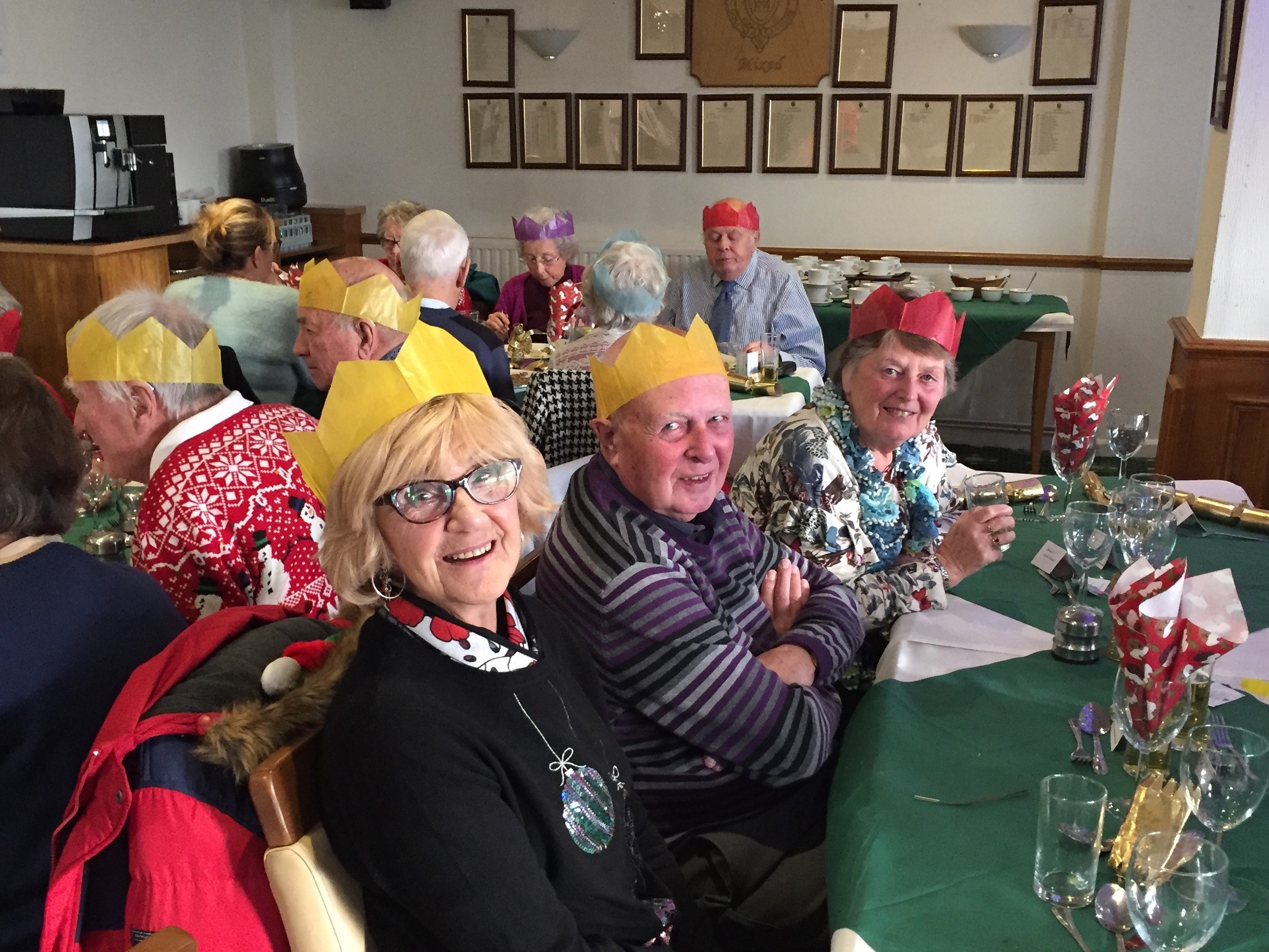 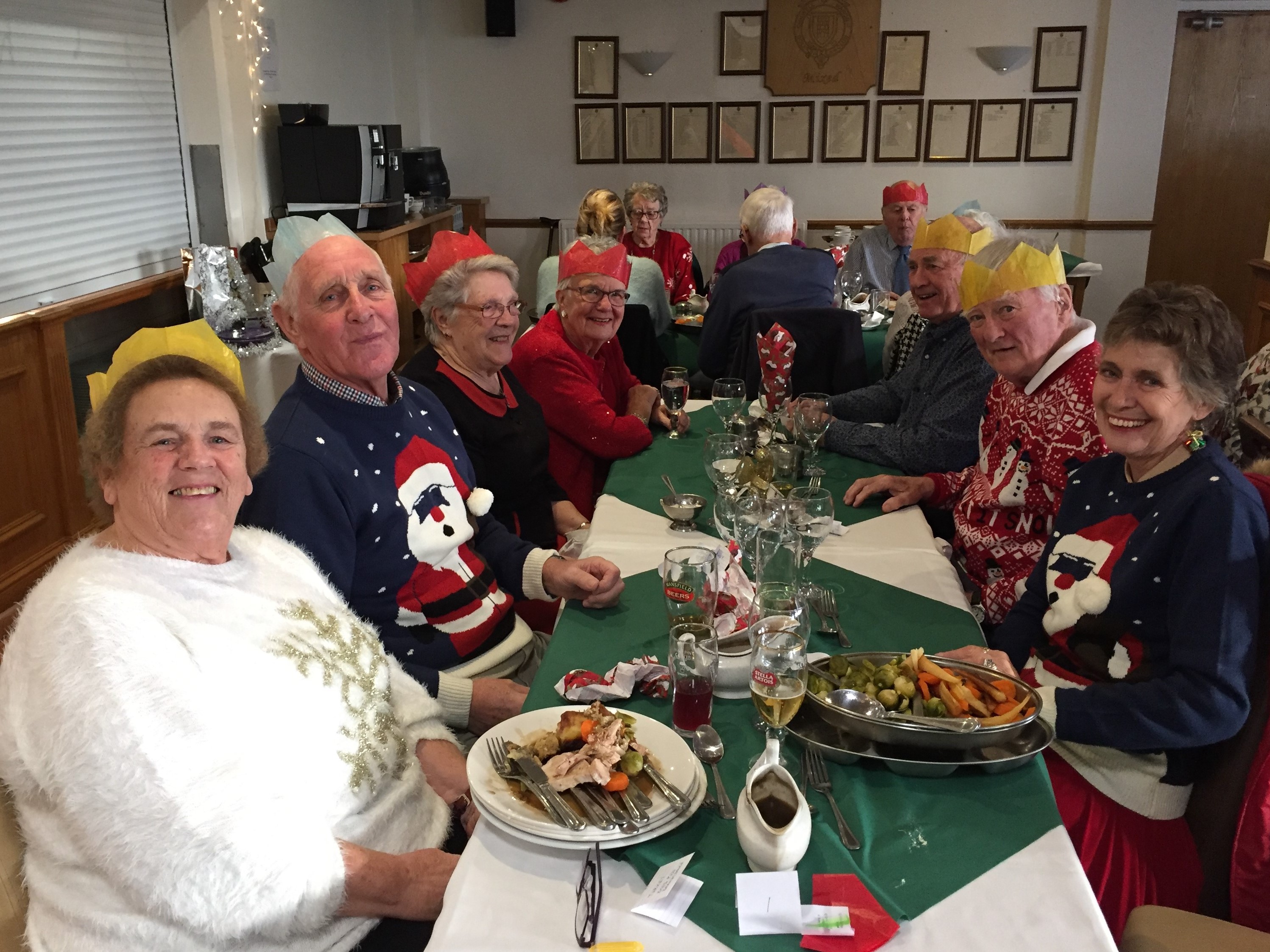 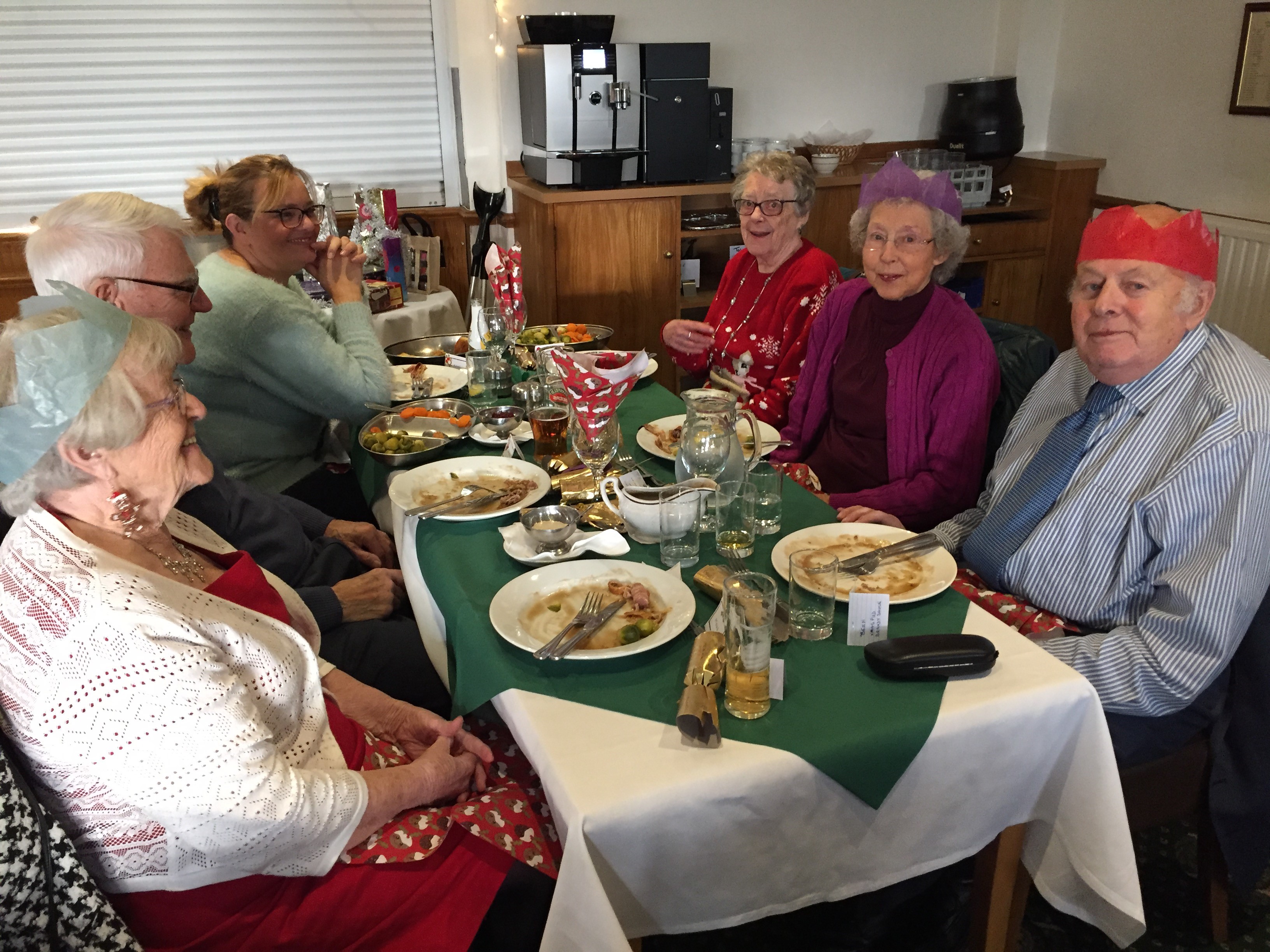 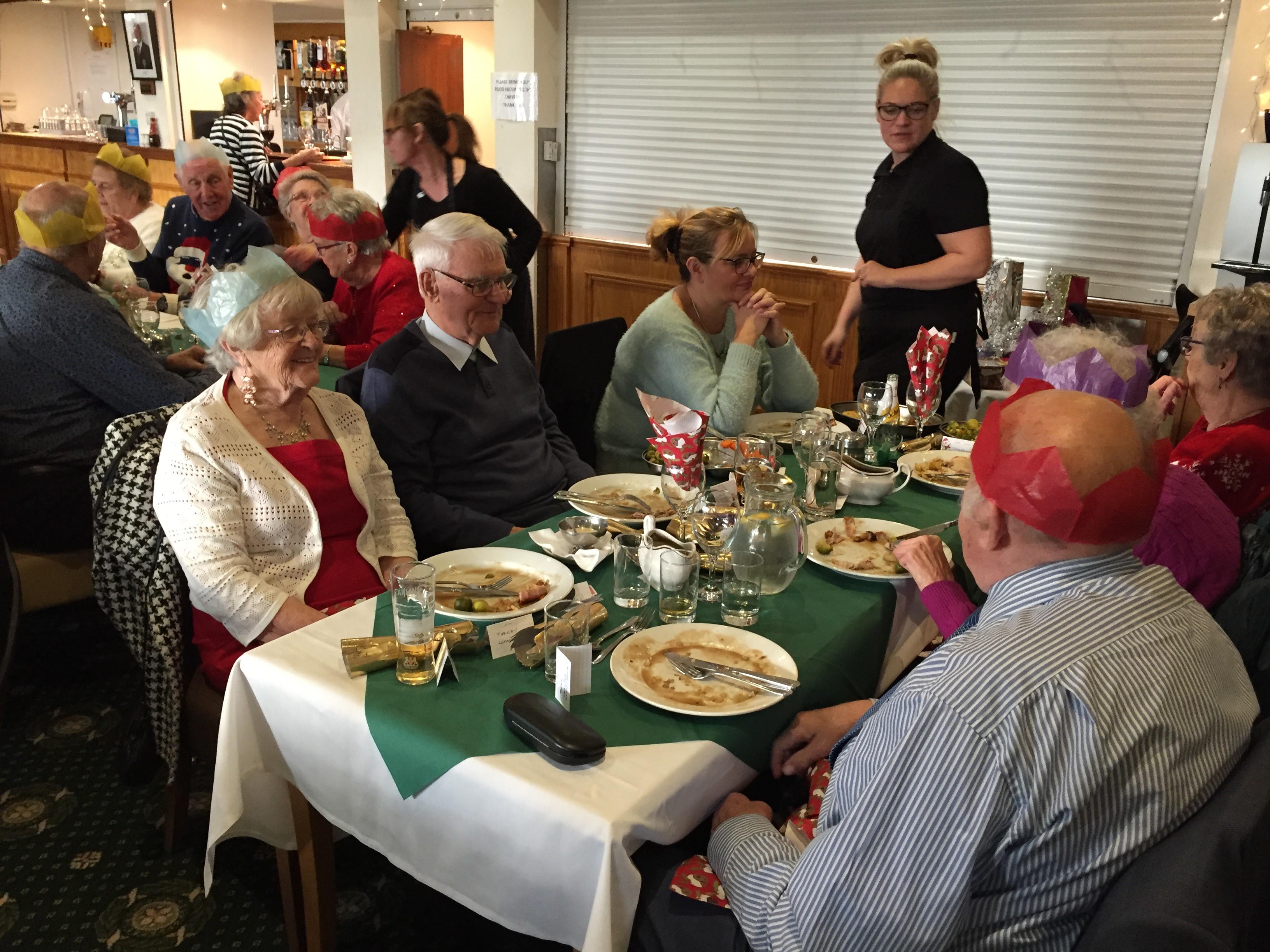 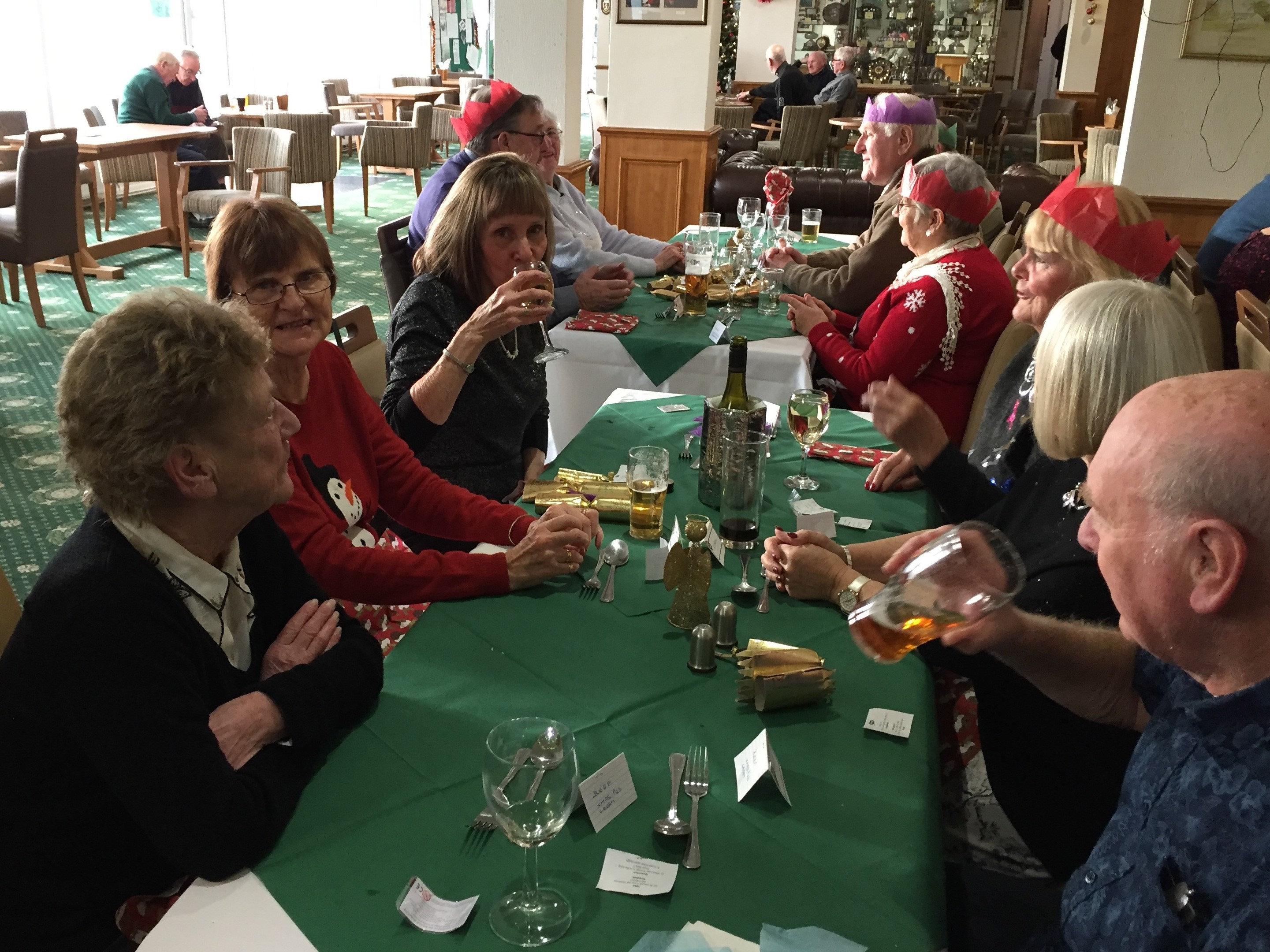 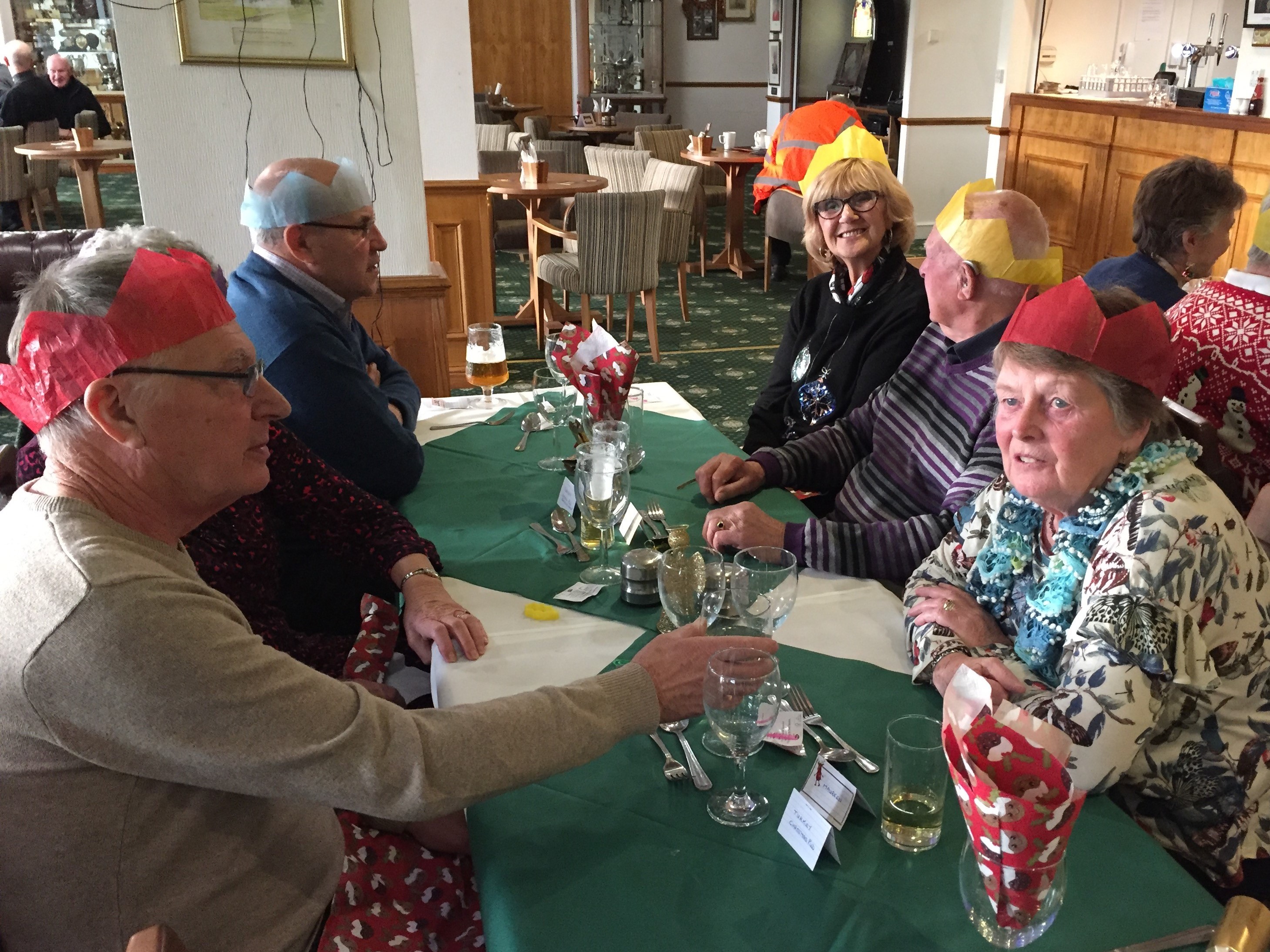 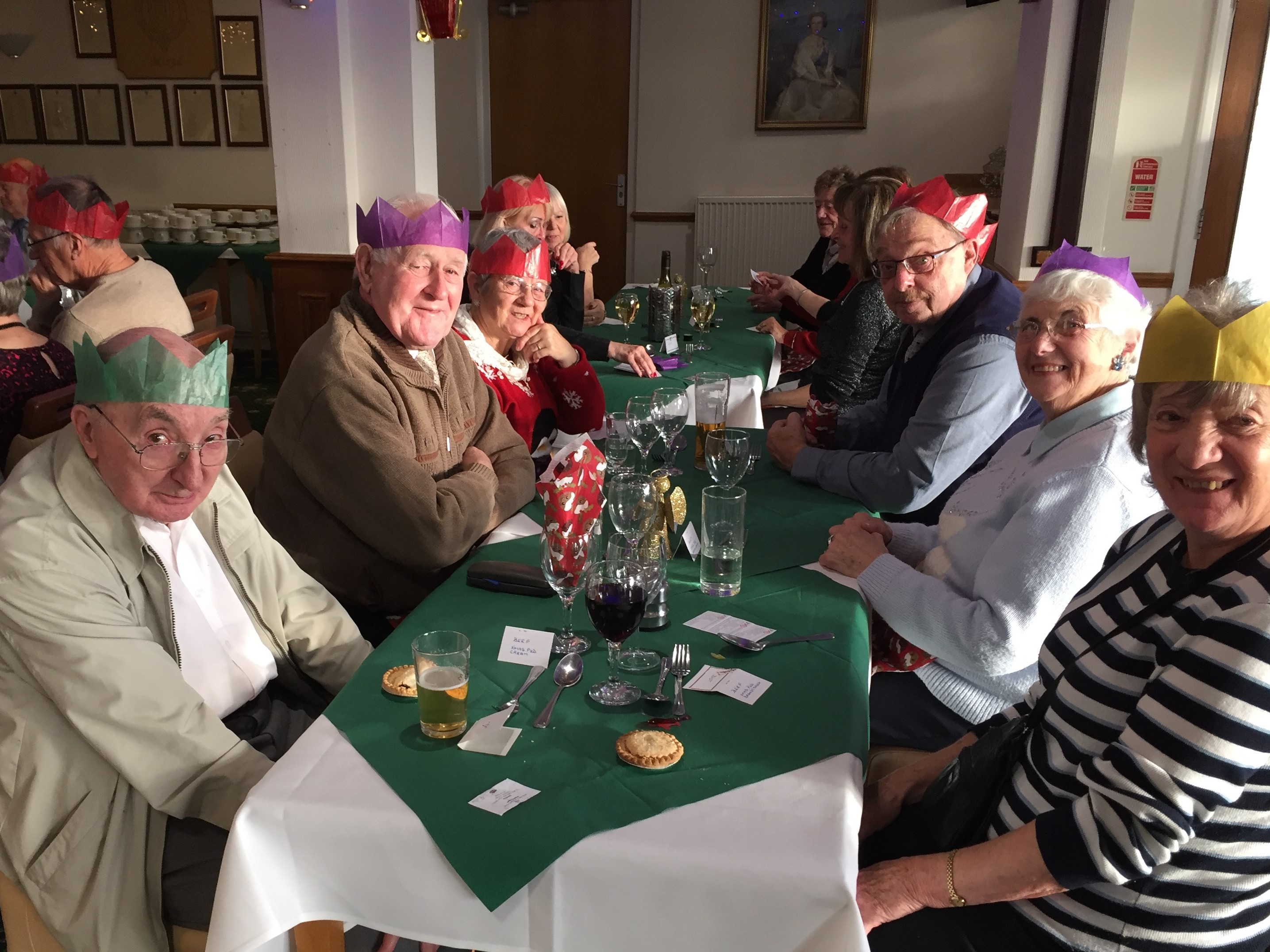 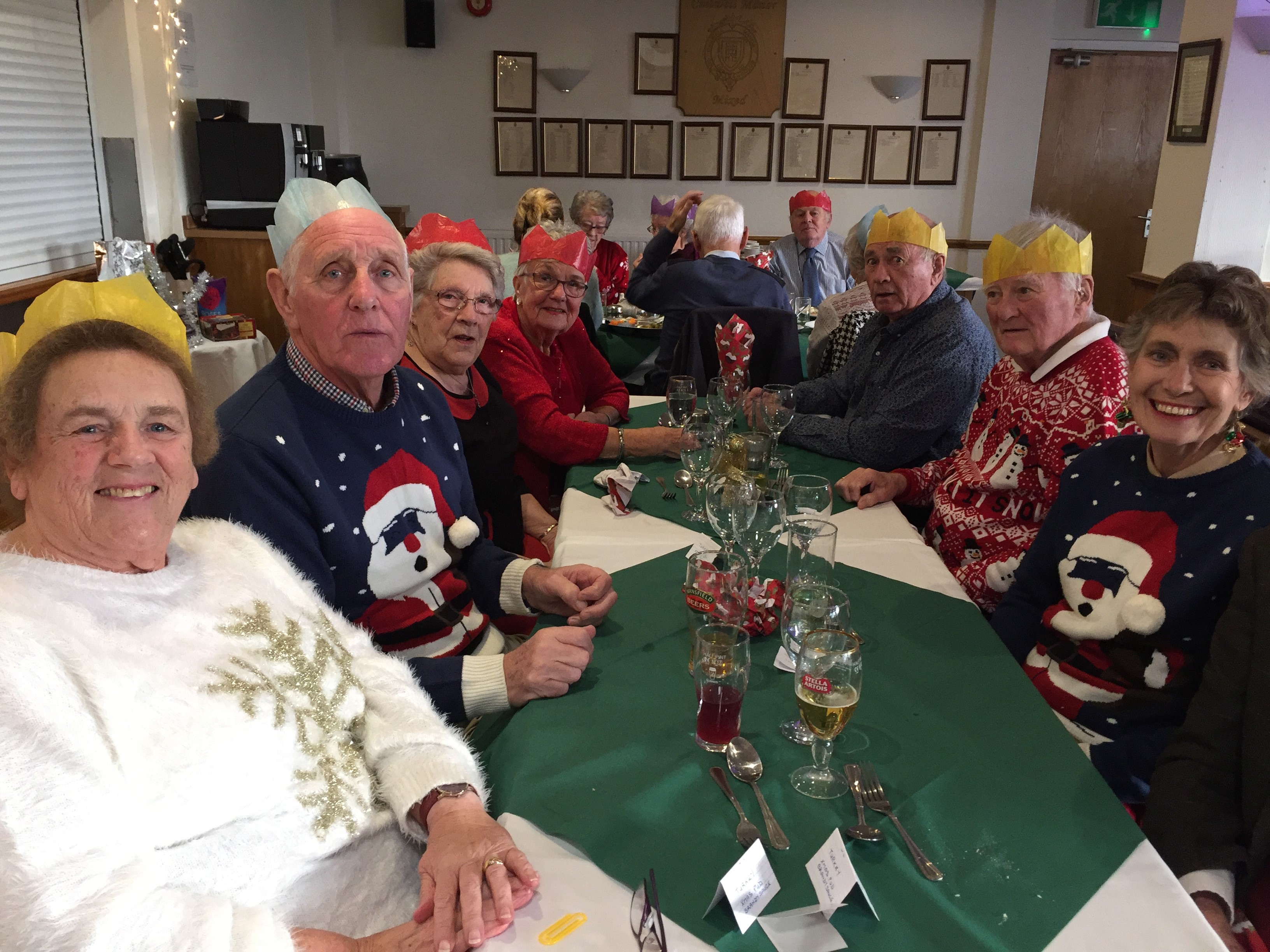 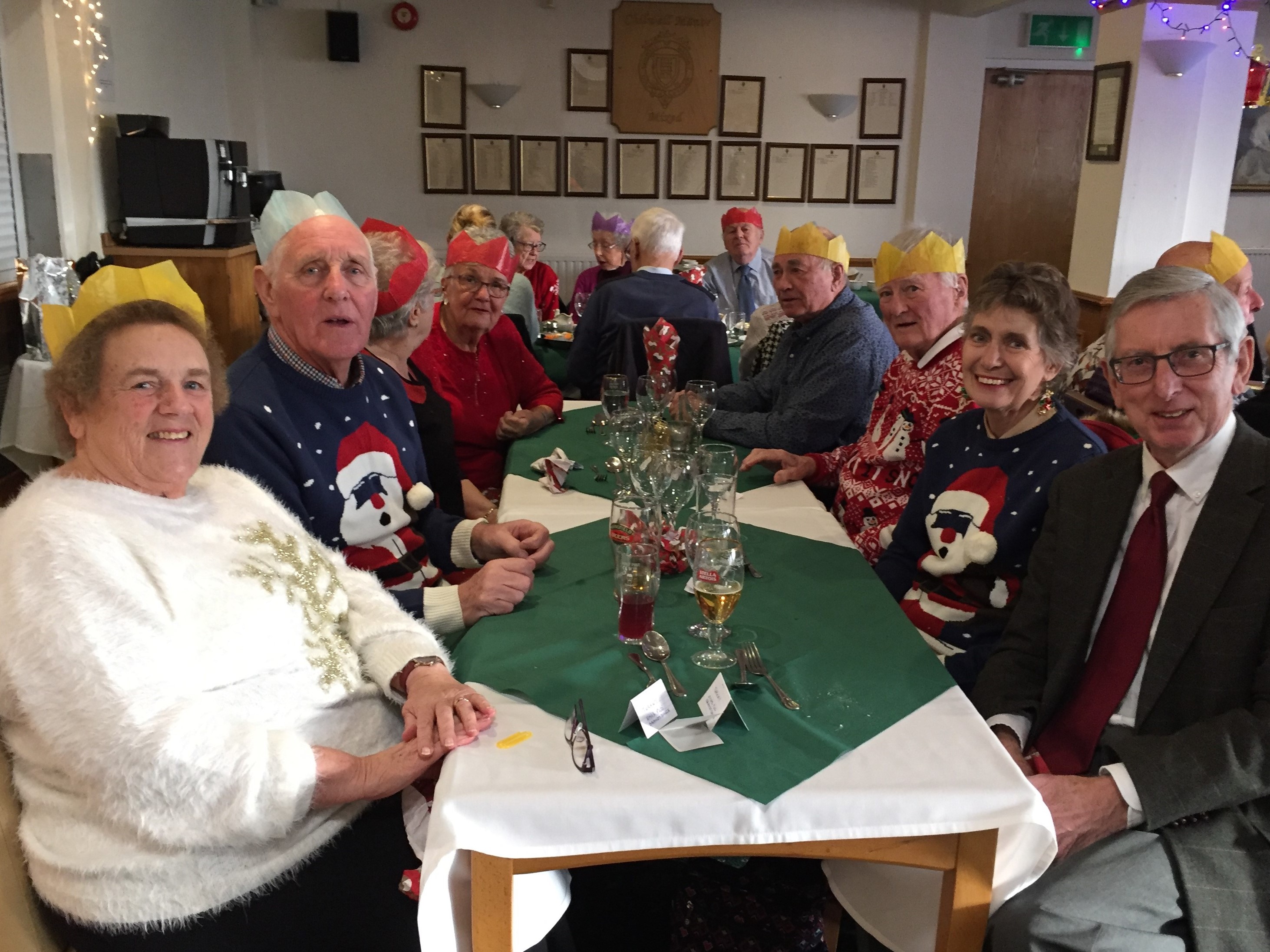 At last I get in on the act.